A Time For Injustice 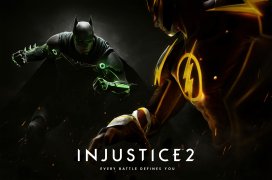 E3 has hit, and with it, confirmation of the worst kept secret in videogames: Injustice 2. Rumors of a sequel to NetherRealm’s hit DC fighting game have been swirling for a few months now, and we finally have confirmation that a second installment is coming our way in 2017. As a big fan of the original game, news of the sequel is very awesome, and when I saw the first game play footage, my jaw hit the floor. Why? Because the cast of this game is friggin’ NUTS. END_OF_DOCUMENT_TOKEN_TO_BE_REPLACED