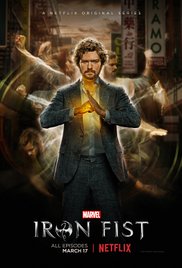 Now that Daredevil, Jessica Jones, and Luke Cage have had their time in the Netflix spotlight, it’s time for Danny Rand, the Iron Fist, to get his chance to grace the streaming service. While the early reviews for the latest Marvel Netflix series haven’t been great (to put it mildly), I was still pretty intrigued by the show. After all, how would Marvel Studios go about adapting Iron Fist, a character that has a more mystical background than any of the other members of the Defenders? END_OF_DOCUMENT_TOKEN_TO_BE_REPLACED