Comic Reviews: Suicide Squad Rebirth and Kill or Be Killed! 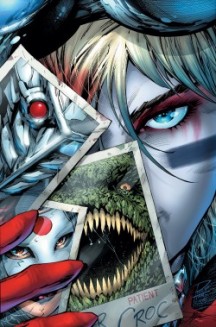 You may or may not know, but the Suicide Squad movie hits this week. So what better time to roll out Suicide Squad Rebirth, the latest DC Rebirth special to grab new readers? DC is well aware of the added interest on the Suicide Squad now, and they’ve tapped Rob Williams and Phillip Tan to write and draw the new series. Legendary artist Jim Lee (yes, that Jim Lee), will be handling the regular issues as well, but let’s be honest, asking him to handle the Rebirth issue and the first issue was never going to happen (I’ll be amazed if he’ll be able to handle the first issue to be honest). END_OF_DOCUMENT_TOKEN_TO_BE_REPLACED