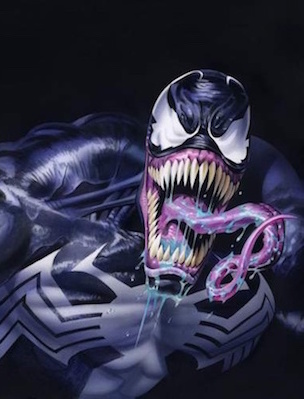 Well, apparently Sony has decided to move forward with their Venom spin off film. This is a surprising (and pretty dumb) decision on their part, because Sony’s Venom film will try to use the character without any connection to Spider-Man.  Much has been made about Spider-Man’s inclusion into the Marvel Cinematic Universe, and many people know of Venom because of Spider-Man. So why the hell would Sony be interested in trying to get this movie off the ground in the first place?

Well, it probably has something to do with Avi Arad. END_OF_DOCUMENT_TOKEN_TO_BE_REPLACED 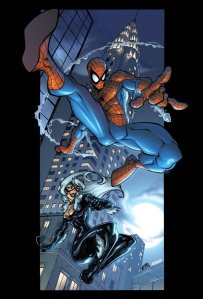 Another week, another Sony Spider-Man rumor. Unfortunately for me, this one goes against the current crop of rumors suggesting that Marvel Studios MAY get the rights back. The latest news from Sony’s Spider-man “brain trust” has announced that they are planning another film alongside the in development Sinister Six and Venom (or should I now say Venom Carnage) movies: one that will feature, for the first time in a post-Avengers world, a female lead.

Now before I begin my rant, let me be clear: I’m 100% on board with a movie starring a female superhero. In fact, I’ve long been waiting for Marvel to finally announce a Captain Marvel movie, or for WB to finally get in gear and give Wonder Woman her own film. But Spidey, who I’ve already mentioned has limited characters who could support their own movie, has an even SMALLLER pool of female heroes that could get their own films. Really, only three come to mind: Black Cat, Silver Sable, and Spider-Woman. We can probably count Spider-Woman out, because I would assume that she’s under Marvel Studios’ ownership (she’s primarily been an Avenger anyways, and her resurgence in comics came after the original Sony Spider-Man films were under way). END_OF_DOCUMENT_TOKEN_TO_BE_REPLACED