What’s In A Cinematic Universe Anyways? 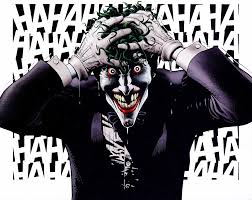 Warner Bros has been making quite the headlines lately, with the announcement of a solo Joker movie (produced by Martin Scorsese no less), ANOTHER Joker movie set in the DCEU featuring Jared Leto and Margot Robie, and major updates on the upcoming Matt Reeves directed Batman movie: namely, that it won’t be part of the DCEU film universe, only to then be announced that it IS part of the DCEU universe, but won’t feature other characters from the DC movies. END_OF_DOCUMENT_TOKEN_TO_BE_REPLACED

Remember how we all assumed that the solo Ben Affleck Batman movie was going to have Batman taking on the residents of Arkham Asylum? Well, you can probably scrap that idea.

Last week Affleck tweeted out a video of the one and only Deathstroke. Otherwise known as Slade Wilson, Deathstroke is a major DC Villain who’s just recently become pretty popular thanks to appearances in Arrow, where he was played by Manu Bennett. Now with his profile raised amongst the “normies”, it’s time for him to take the main stage in the DC Cinematic Universe. But where was he going to show up? Justice League? Affleck’s solo Batman movie? END_OF_DOCUMENT_TOKEN_TO_BE_REPLACED