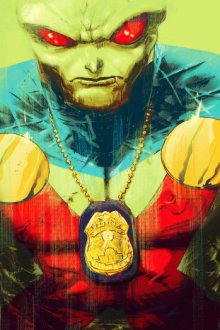 After the critical success of Tom King and Mitch Gerads’ Mister Miracle, it makes sense that DC comics would want to replicate that success with some of their other characters. Stepping up to the plate is Steve Orlando and Riley Rossmo, starting a new twelve part miniseries focusing on J’on J’onzz, the Martian Manhunter. Naturally the comparisons to King and Gerads’ series are going to be rampant, but so far it seems like Martian Manhunter isn’t going to be making anyone forget Mister Miracle anytime soon. END_OF_DOCUMENT_TOKEN_TO_BE_REPLACED 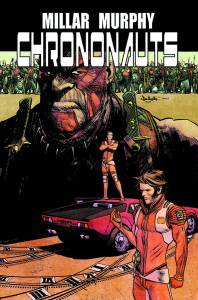 Mark Millar and Sean Murphy’s time-travelling tale reaches its climax this week, and it’s a doozy. If you’ve been following the adventures of Danny and Corbin then you already know about all of the insane time stream hijinks they’ve been pulling, and just how bad off they are right now. At the start of this issue, I was worried that Millar and Murphy wouldn’t be able to pull off a satisfying confusing. Amazingly though, the two pull off a thrilling and heartfelt conclusion that surprises you at every turn. END_OF_DOCUMENT_TOKEN_TO_BE_REPLACED