Marvel’s Champions series has quietly been one of the publisher’s most long-running team books (outlasting even the original 1975 series), and serving as a good place to put some of the newest heroes in the Marvel universe who maybe can’t support their own titles just yet. Nova, Ironheart, Miles Morales, and Ms. Marvel have all made a name for themselves as the new Champions, but it’s all going to come crashing down in Outlawed. This kickoff to the mini-event from writer Eve Ewing and artist Kim Jacinto reveals the event that causes the US government pumping the breaks on underage super-heroics, and in the end finds these young heroes in desperate straits. END_OF_DOCUMENT_TOKEN_TO_BE_REPLACED

A New Dawn for X

I have a confession to make: I wasn’t looking forward to Jonathan Hickman on the X-Men.

Sure, the hype was there, but as someone who really enjoyed Matthew Rosenberg’s run on Uncanny X-Men, and who varies from “he’s great” to “he’s incomprehensible” when it comes to Hickman’s work, let’s just say I wasn’t too thrilled to see him attempt to bring Marvel’s mutants back to their former glory. Marvel’s pitch work, hyping up Hickman’s Powers of X and House of X as the “single most defining moment in X-Men history” struck me as way too overboard, and when I saw the sheer amount of charts in House of X‘s first issue, I rolled my eyes so hard that I thought they would fall out of my head. END_OF_DOCUMENT_TOKEN_TO_BE_REPLACED

It’s been a long time since we’ve had a Ghost Rider title on the stands, but with the latest series, the question is “which Ghost Rider do you follow”? Danny Ketch? Johnny Blaze? Robbie Reyes? Well, if you’re the new creative team of Ed Brisson and Aaron Kuder, you split the difference between Blaze and Ketch, and let Reyes hang out with the Avengers. END_OF_DOCUMENT_TOKEN_TO_BE_REPLACED 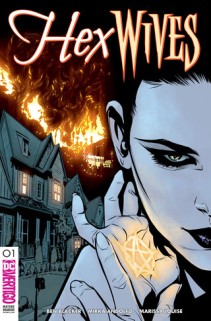 Vertigo’s new series Hex Wives couldn’t have been released on a better day. The Ben Blacker and Mirka Andolfo series, an interesting mix of witchcraft and The Stepford Wives, is a pretty fun and slightly spooky book. Unfortunately though, it’s more interesting when it’s focused on the history of the two leads than the actual plot. END_OF_DOCUMENT_TOKEN_TO_BE_REPLACED 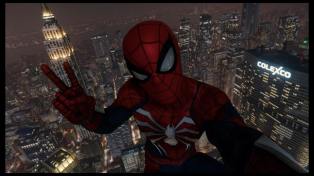 Spider-Man has starred in his fair share of video games throughout the years, but the past few years have seen a steady decline in the quality of his interactive titles. The days of Treyarch’s Spider-Man 2 and Web of Shadows had all but disappeared by the time the Amazing Spider-Man 2 tie in game came around (a game that somehow pissed me off even more than the movie did). For a long time, it seemed like I’d have to settle for getting my web-swingin’ fix from the regular Lego Marvel games released every few years or so.

Until this past Friday, when Insomniac’s Spider-Man was released. END_OF_DOCUMENT_TOKEN_TO_BE_REPLACED

The Marvel relaunch train is gearing up, and after last week’s Avengers #1, we’ve now got the Lethal Protector himself, Venom, getting a brand new shiny #1. But like Earth’s Mightiest Heroes before him, the appeal of the creative team helps offset any quibbles one would have over the renumbering. Rising star Donny Cates is at the writing table, and Marvel artist supreme Ryan Stegman is handling the art, which means that we’re in for a very different, and very cool, new take on Venom. END_OF_DOCUMENT_TOKEN_TO_BE_REPLACED 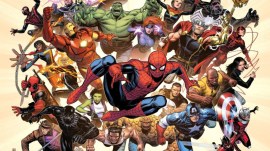 Surprising….no one, really, Marvel has announced a brand new relaunch coming our way in May. Billed as a “fresh start” for the publisher, not much is known about this upcoming initiative, aside from the fact that Jason Aaron and Ed McGuinness will helm a new Avengers series, and Donny Cates and Ryan Stegman will be on a new Venom series. And yes, both of them will start over at #1. END_OF_DOCUMENT_TOKEN_TO_BE_REPLACED

Part of Marvel’s “Legacy” rebranding is a chance to go back to the classic numbering for a majority of their titles, and lucky for them The Mighty Thor was at issue 700. With that comes the start of Jason Aaron’s “The Death Of The Mighty Thor”, which is a pretty ominous title for a lot of reasons. Will this storyline kill off the Jane Foster Thor, who’s been the welder of Mjolnir for the past few years now? Or will Thor Odinson go down? OR will all of the Thors featured in this issue, from Jane Foster to Odinson to War Thor, go down in flames? We don’t get any real clues, but we do get a whole lot of story in this special, double sized issue. END_OF_DOCUMENT_TOKEN_TO_BE_REPLACED

Spider-Man’s had it very easy lately. Ever since he became the new Tony Stark of the Marvel universe and went global, Spidey’s been a lot less “friendly neighborhood”. Everything was coming up Parker…until now. Dan Slott had his fun making Spidey a globe-trotting super hero who hangs out with Mockingbird, but we all knew that the shoe would drop on ol’ Peter Parker at some point, and with Amazing Spider-Man #789, it finally does. END_OF_DOCUMENT_TOKEN_TO_BE_REPLACED 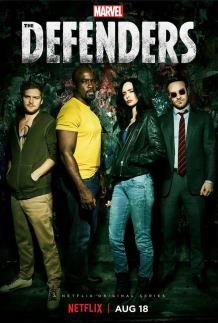 Much like the solo movies of their big screen counterparts, the main appeal of the four Marvel Netflix shows (Daredevil, Jessica Jones, Luke Cage, and Iron Fist) was the idea that the four would join forces in their own team up series The Defenders.  Now that the four have had their own seasons (or two in Daredevil’s case), it’s finally time for them to join up and crack some Hand ninja skulls as only they can. While Defenders takes a while to get going, once Jessica Jones (Kristen Ritter), Daredevil (Charlie Cox), Luke Cage (Mike Colter), and Iron Fist (Finn Jones) get together, the show becomes one of the most entertaining entries in the Marvel Netflix deal, albeit with a few small setbacks. END_OF_DOCUMENT_TOKEN_TO_BE_REPLACED