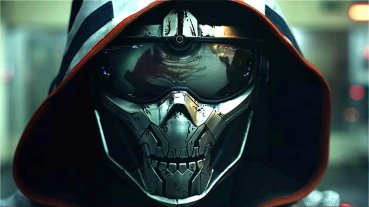 One of my all time favorite Marvel villains is finally getting the MCU treatment in Black Widow: Taskmaster. The Avengers baddie has long been on my shortlist of characters that I’ve wanted to see on the big screen, and his abilities seem tailor made for the MCU. Gifted with “photographic reflexes”, Taskmaster has the ability to mimic the fighting abilities of anyone he fights. Sure, he can’t match the strength of Spider-Man or Cap, but being able to pull their same moves on them (and others), makes him a formidable foe, and makes Tony Masters one of the most underrated baddies in the Marvel universe. Brash, arrogant, and loyal only to whoever pays him the most, Taskmaster is a wicked fun villain who’s been due for the MCU spotlight for a long time now.

So why is he so silent in all of the trailers for Black Widow? END_OF_DOCUMENT_TOKEN_TO_BE_REPLACED 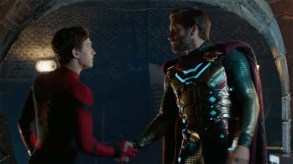 We’ve got a new look at Spider-Man: Far From Home in the latest trailer, but one of the biggest revelations isn’t just how the MCU has moved on from the heroic sacrifice in Avengers: Endgame. No, it’s the fact that Jake Gyllenhaal’s Quentin Beck (aka Mysterio) is apparently from an alternate Earth. According to the exposition from Nick Fury, Thanos’ “snap”, or one of the other ones, caused a few portals to open in the MCU, causing Beck and the Elemental creatures he and Spidey will fight to arrive on our Earth. It’s an interesting spin to the Mysterio character, and could pave the way for the X-Men and the Fantastic Four to make their way into the MCU proper.

If it were true. END_OF_DOCUMENT_TOKEN_TO_BE_REPLACED

Where Does The MCU Go From Here?

We live in a post-Endgame world. After the events of the much-hyped about film, the future of the Marvel Cinematic Universe is in an interesting spot. Many of our beloved heroes are forever changed from the events of the film, with some not returning, and others carrying on in ways that would surprise even the most jaded movie fans. It should without saying that this article is gonna delve into some pretty major SPOILERS from the movie, so if you still haven’t seen it, turn back now! END_OF_DOCUMENT_TOKEN_TO_BE_REPLACED

The 21st movie in the ongoing saga that is the Marvel Cinematic Universe, Captain Marvel stands as the first film from Marvel Studios with a female lead. Naturally, that means it’s going to be under a lot of scrutiny, more than any other Marvel film before it. Can one movie introduce Carol Danvers to audiences, connect to the larger MCU as a whole as a prequel, tease people for Avengers:Endgame, and overcome the internet trolls review bombing the film before they’ve even seen it? END_OF_DOCUMENT_TOKEN_TO_BE_REPLACED 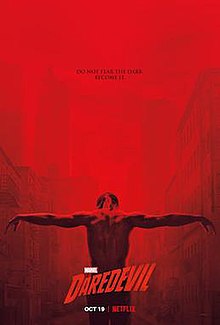 I’ll be honest, the last few seasons of the various Marvel Netflix shows have been a bit of a slog. Ever since Defenders, it seemed like all of the various shows, from Luke Cage to Iron Fist to even Jessica Jones started spinning their wheels, and eventually they became to feel like a real slog to get through. Thankfully though, Daredevil‘s third season has come along and not only rejuvenated that show after an uneven second season, it’s also reignited my interest in the other Marvel Netflix shows (well, the remaining ones, that is). END_OF_DOCUMENT_TOKEN_TO_BE_REPLACED

Where Does The MCU Go From Here?

The following contains spoilers for Avengers: Infinity War. You’ve had two weeks now, so you’ve got no excuses if you start reading this without seeing the movie!

By all accounts, Avengers: Infinity War is a pretty resounding success. While not as critically acclaimed as the previous Marvel Studios films, it’s still sitting pretty at an impressive 84% on Rotten Tomatoes, and it’s had a pretty immediate hold on the pop culture landscape since release. Of course, it’s also the highest opening weekend of all time, beating out The Force Awakens. But the real question remains after the credits roll is this : what’s next for the Marvel Cinematic Universe? END_OF_DOCUMENT_TOKEN_TO_BE_REPLACED

The Evolution of Tony Stark

I’ve recently begun the massive undertaking of rewatching the Marvel Studios releases in preparation for Infinity War, and while I’m only three movies in, that’s still enough to make me take pause and recognize one of the coolest aspects of the MCU: the gradual evolution of Tony Stark. END_OF_DOCUMENT_TOKEN_TO_BE_REPLACED

To Infinity War and Beyond!

Holy crap, did you see that Infinity War trailer?

Go ahead; I’ll wait for to see it. No, for real, take a look. END_OF_DOCUMENT_TOKEN_TO_BE_REPLACED 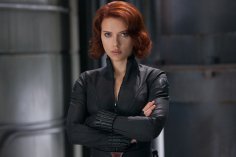 Hot off the heels of the release of Captain America: Civil War, Marvel Studios head Kevin Feige revealed a development that many Marvel fans have been waiting a long time for: a Black Widow solo movie. However, before we all go dancing in the street over a solo Natasha Romanoff film, it’s worth noting that Feige says that Marvel is “committed” to making a Black Widow film, without mentioning any release date, directors, or literally any other information on a solo Black Widow movie. END_OF_DOCUMENT_TOKEN_TO_BE_REPLACED 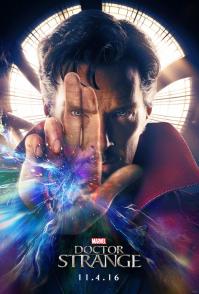 Did you forget about Rogue One? It’s okay, I almost did too. But we’ve finally got our first look at the film, and holy hell does it look awesome. The first of Disney’s Star Wars “anthology” films, this will be the real test for Disney’s take on the world that George Lucas created. “But Force Awakens made a butt load of money” you say. That’s true, but Force Awakens also had the benefit of not only being the first of the Disney Star Wars movies, but it also had the most connections to the original trilogy. Appearances from Han Solo, Chewbacca, Leia, R2-D2, and more were going to generate interest. It had the curiosity factor. But Rogue One? This is an entirely new story set between movies. END_OF_DOCUMENT_TOKEN_TO_BE_REPLACED