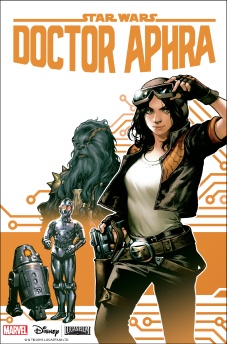 Of the vast characters in the Star Wars universe, it’s a little odd that Doctor Aphra would be the next one to get an ongoing series. After appearing in the Darth Vader series, Aphra certainly became pretty popular, but even with that, it’s a little surprising to see her name with a new #1 behind it. Luckily Vader writer Kieron Gillen is on hand to write this series along with artist Kev Walker. Since Aphra’s the first original Marvel Star Wars character to get her own series, this is pretty cool. But is this a book that’s worthy of a monthly series? After reading this first issue that’s tough to say. END_OF_DOCUMENT_TOKEN_TO_BE_REPLACED