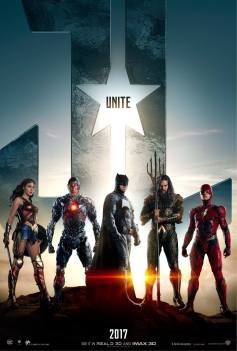 After months of nervous anticipation, we finally have our look at Warner Bros’ Justice League, a film that would’ve had a ton of criticism heaped upon it regardless of how Batman V Superman or Suicide Squad were received. By not going the Marvel route and introducing the rest of their superheroes as a team instead of in their own solo movies, Warner Bros is playing a risky gamble. Not only that, but they’ve also had some pretty public shake ups since the release of Batman V Superman, namely in the restructuring of DC Entertainment, which put DC writing superstar Geoff Johns into the co-chair seat. With a lot of the movie going (and comic reading public) hoping for a little more hope in their DC movies, all eyes were on this trailer to give us a taste of what to expect this November.  Now that it’s hit, what’s the prognosis? END_OF_DOCUMENT_TOKEN_TO_BE_REPLACED