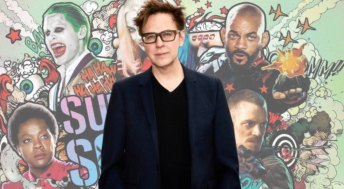 Ever since he was fired from Guardians of The Galaxy Vol 3, the nerd world at large has been wondering just what would become of James Gunn. Would he retreat from the public eye indefinitely? Go back to the smaller genre films that he was known for before Guardians? Or would he jump ship for a rival studio?

Well, this week we got the answer, and it’s option three. END_OF_DOCUMENT_TOKEN_TO_BE_REPLACED

I try to keep this column a “politics-free zone”, mainly because there’s so many awful things out in the world lately that I like to think of this column as an escape. But with the recent firing of James Gunn from Guardians of the Galaxy Vol 3, I feel like I need to put my two cents in. Were Gunn’s tweets, which, while written ten years ago, offensive and unfunny? Absolutely. But his firing for his past actions sets a dangerous precedent for not only Hollywood, but our modern culture as well. END_OF_DOCUMENT_TOKEN_TO_BE_REPLACED