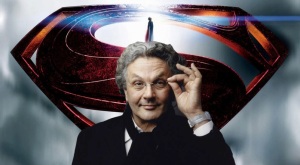 Remember how we all assumed that Batman V Superman: Dawn of Justice was the sequel to Man of Steel? Apparently we’ve been wrong. Granted, there were rumors of another solo Superman film to be in the works at WB, but that wasn’t going to be until 2018, well after the Man of Steel squared off with Batman (and then presumably teamed up with him for Justice League). But if new rumors are to believed, WB is prepping a proper sequel to MoS, and they’ve signed on Mad Max mastermind George Miller to bring Superman back to the silver screen. END_OF_DOCUMENT_TOKEN_TO_BE_REPLACED

Many times when a new installment of a franchise hits decades after a previous entry, the results are lackluster (just take a look at Kingdom of the Crystal Skull). However, with Mad Max: Fury Road we have not only a stellar example of how to revive a franchise, but also how to craft an action movie. George Miller’s return to the world that made Mel Gibson famous is just as phenomenal as you’ve been hearing, and it’s the action film to beat this year. END_OF_DOCUMENT_TOKEN_TO_BE_REPLACED