Comic Reviews: Thor and Avengers of the Wastelands! 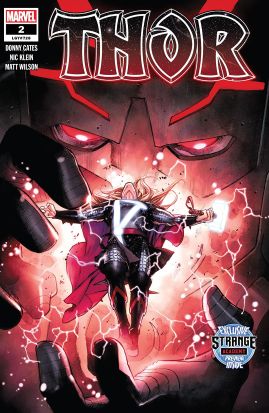 Just when I thought Donny Cates couldn’t get any crazier, along comes Thor #2. The second issue in the rising star’s run on the God of Thunder has artist Nic Klein still along for the ride, and man oh man is it a huge adrenaline rush of comic. END_OF_DOCUMENT_TOKEN_TO_BE_REPLACED 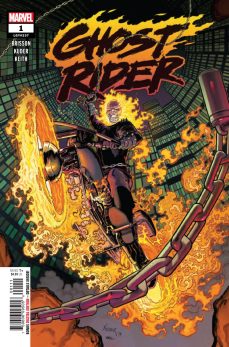 It’s been a long time since we’ve had a Ghost Rider title on the stands, but with the latest series, the question is “which Ghost Rider do you follow”? Danny Ketch? Johnny Blaze? Robbie Reyes? Well, if you’re the new creative team of Ed Brisson and Aaron Kuder, you split the difference between Blaze and Ketch, and let Reyes hang out with the Avengers. END_OF_DOCUMENT_TOKEN_TO_BE_REPLACED 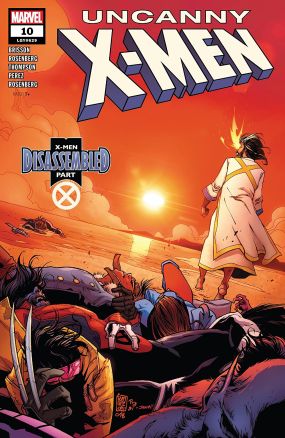 After ten weeks, Marvel’s opening storyline for Uncanny X-Men has come to a close. The Ed Brisson, Kelly Thompson, and Matthew Rosenberg crafted story has been packed to the brim with mutants new and old, and the stage is set for the epic showdown with Nate Grey in Uncanny X-Men #10. But it can’t live up to the hype, can it? 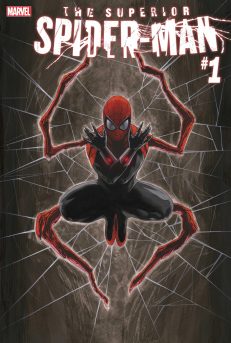 As promised, Otto Octavius takes center stage once more in a brand new Superior Spider-Man series from Marvel. After laying dormant for a few months, the character made a big return in his own Superior Octopus one-shot and the Spider-Geddon event that played out through the Fall, and now he’s got a brand new ongoing series. As a big fan of the original Superior series, it’s good to have Otto back, and the fact that Christos Gage and Mike Hawthorne are returning to the character after their Superior Octopus special makes the return even sweeter. END_OF_DOCUMENT_TOKEN_TO_BE_REPLACED 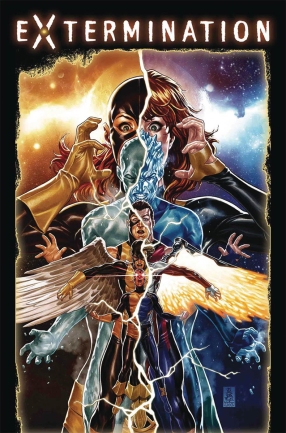 It’s been a while since we’ve had an X-Men event, but all that is changing now with Extermination. Serving as the catalyst for the next big refresh of Marvel’s Mutants, Extermination, from Ed Brisson and Pepe Larraz, is chock full of what makes the X-Men, well, the X-Men. No, not mutants fighting one another (although that’s certainly here in this opening issue), time travel! END_OF_DOCUMENT_TOKEN_TO_BE_REPLACED

Since he’s now starring in his own Netflix show (read my review here), it’s only fitting that Iron Fist gets a brand new series to go along with it. From Ed Brisson and Mike Perkins, Iron Fist may look a little different from the show people have been binging, but it serves as a good gateway into Danny Rand’s comic book world for those who want to check it out.

K’un-Lun is in ruins, and Danny Rand is aimless. With no mystical city to protect and his power waning, Rand spends his free time drinking, traveling the globe, and entering fighting competitions that offer him little challenge. But when he’s given a chance to enter a new competition from a mysterious fighter, he can’t pass it up. Will this give him the purpose he’s been looking for? END_OF_DOCUMENT_TOKEN_TO_BE_REPLACED

Of all of the Star Wars prequel characters, few hold more fans in thrall than Darth Maul. Second only to Boba Fett, there’s hardly a character with a bigger following that has had such little screen time. While there have been other books and comic series that have featured this Sith Lord, few have the kind of appeal that Marvel’s Darth Maul has. Written by Cullen Bunn and featuring art by Luke Ross, the latest addition to Marvel’s Star Wars line features all the bad guy space goodness you could ask for. END_OF_DOCUMENT_TOKEN_TO_BE_REPLACED