Three years. Three years of casting rumors, movie announcements, news of the studio being afraid of the finished project, and of fans wondering if Warner Bros could pull off their own cinematic universe based on the characters in DC comics. It’s been a long road, but we’re finally here. Batman V Superman: Dawn of Justice has been released, and with it, the DC Cinematic Universe has begun. END_OF_DOCUMENT_TOKEN_TO_BE_REPLACED

On Leaks and Trailers 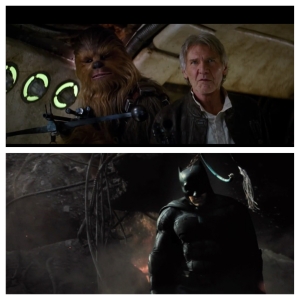 My, my, my. What a week for nerd news. Not only have we gotten a ton of information on Star Wars The Force Awakens, Battlefront, and Rogue One, but we’ve also gotten a brand spankin’ new trailer for the upcoming restart of the franchise. Not to be outdone, we also got a look at Batman V Superman: Dawn of Justice this week as well. 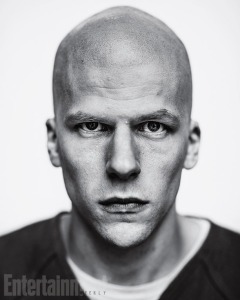 Thanks to Entertainment Weekly, we finally have our look at Jesse Eisenberg as Lex Luthor. And he looks pretty much exactly how we all expected him to. He’s bald, smug, and looks pretty sinister. If I was judging Eisenberg on looks alone, I’d say he’s going to be an awesome fit. END_OF_DOCUMENT_TOKEN_TO_BE_REPLACED

Let’s Ride Some Sharks, My Sun and Stars 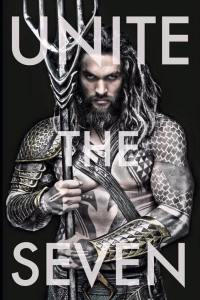 And he looks incredibly badass.

Now he’s not exactly like the Aquaman we all know and love from the comics. Yeah, he’s got some blonde streaks in his hair, but the Arthur Curry we know doesn’t have hair quite that long (well, at least not since the 90’s). In fact, this Curry has more in common with Momoa’s take on Conan The Barbarian and his more famous role as Khal Drogo from Game of Thrones than the Aquaman that appeared on Superfriends, and that’s a-okay in my book. END_OF_DOCUMENT_TOKEN_TO_BE_REPLACED 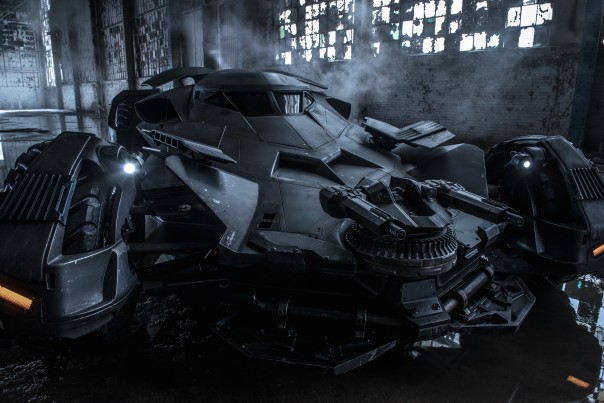 But guess what? It’s exactly like every other Batmobile that’s appeared in a Batman movie. END_OF_DOCUMENT_TOKEN_TO_BE_REPLACED 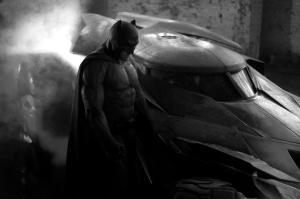 The first official image of Ben Affleck as Batman has been released, and holy shit, do I love it. My feelings on Batman vs. Superman/Man of Steel 2/Justice League ½  have been well documented in the past, but this definitely increased the movie’s stock in my mind a little bit. I mean, LOOK at that costume. Just look at it! It’s easily the closest thing to Batman’s actual comic book costume that we’ve gotten in real life, and it surprisingly looks fantastic. END_OF_DOCUMENT_TOKEN_TO_BE_REPLACED

So what we were long expecting has now come to pass: Zack Snyder is directing the rumored Justice League film, and that movie will follow Batman vs. Superman/Man of Steel 2. What does this mean? Well, for one, I can finally stop worrying so damn much about the Man of Steel sequel, and it probably means that both Justice League and MoS 2 will be filming back to back.

Now this isn’t a major stretch, but it does seem like the most likely scenario for Warner Bros to take. By the time Justice League hits theaters in 2017, Marvel will have put out a second Avengers film, as well as new entries for Captain America, and (presumably) Thor. If you thought Hollywood was “Marvel” now, then just wait a few years when their lead will be almost insurmountable. This is WB’s last ditch attempt to get Batman, Superman, Wonder Woman, Green Lantern, and the rest of the league on the big screen, and hopefully by then the “normies” in the audience won’t be burnt out on super hero flicks. END_OF_DOCUMENT_TOKEN_TO_BE_REPLACED 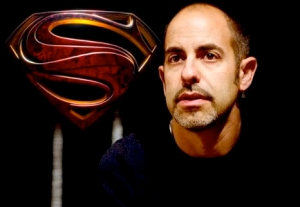 Hooooo boy. I know I’ve gone on, and on, and on about my worries regarding Batman vs. Superman and WB’s plans for a DC Cinematic universe before, but the latest interview with David Goyer has gotten me all up in arms again.

In a recent interview with IGN, David Goyer, writer of Man of Steel, said this in regards to the rumors of Warner Bros.’ plans of creating a shared cinematic universe like Marvel:

“ I mean, it’s too early. I know that Warner Bros. would love to make their universe more cohesive. There have been a lot of general conversations about that, but it’s really, really early. I’m not sure. Marvel has had enormous success, but I’m not sure that everybody should try to emulate them either. It’s just been vague conversations so far.”

Are. You. Kidding. Me. END_OF_DOCUMENT_TOKEN_TO_BE_REPLACED 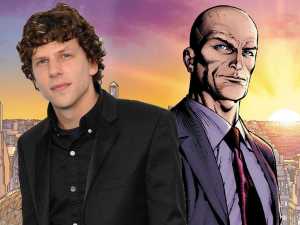 There’s a sentence I never thought I’d write. Yes, the Social Network star has been cast as Superman’s arch nemesis in the follow up to Man of Steel. And no, you’re not dreaming. For the first time since, well, the last casting announcement for Man of Steel 2/Batman vs. Superman/Whateveritwillbecalled I’m left with a “wha?” reaction.  In fact, I believe the first words out of my mouth when I heard it were “that’s not true”. END_OF_DOCUMENT_TOKEN_TO_BE_REPLACED