The year of our lord 2019 was a bit of a mess in a lot of ways, but when it came to pop culture, you’d never have known it. From finally hearing the words “Avengers Assemble” on the big screen to being acquainted with a little guy we’ve all called “Baby Yoda”, 2019 sure had a lot of fantastic things to distract us from the hell place we currently call “reality”. And as I realize how depressing this all sounds, it probably stands to say that I should move on with this intro and get into the cool stuff from this year! END_OF_DOCUMENT_TOKEN_TO_BE_REPLACED

Tags: Best of 2019, House of X, Knives OUt, Mr. Robot, Powers of X, The Mandalorian, Watchmen, What We Do In The Shadows 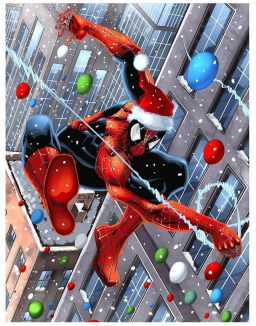 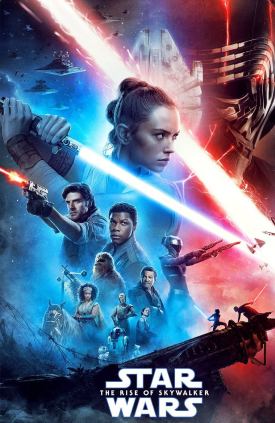 After all the hub-bub, The Rise of Skywalker has arrived, and the Skywalker Saga is at an end. Of course, the Disney machine won’t REALLY let this be the end, but for now, it is, and what an end it is. Chock full of more revelations, more characters, more lightsaber battles, and more droids and weird aliens, The Rise of Skywalker honestly feels less like a closing to the saga and more like another chapter, right until the halfway mark, where the film suddenly remembers to wrap everything up. In short, it’s a movie that feels like a pretty good ending to the sequel trilogy, an okay ending to the saga as a whole, and a movie that attempts to appease everyone and no one at the same time. And after the thrill ride fun of The Force Awakens and the daring and polarizing risks of The Last Jedi, it comes up a little short. END_OF_DOCUMENT_TOKEN_TO_BE_REPLACED 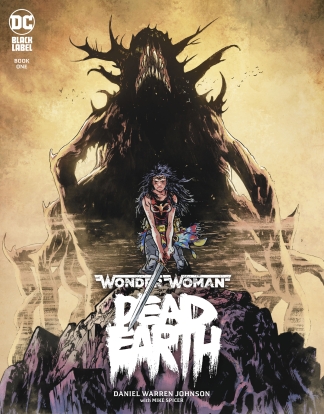 DC’s Black Label is a pretty well covered in these reviews, and for good reason. By and large, the publisher’s plan to take their established characters and give different creative teams free reign has worked wonders, creating some truly fresh and dynamic takes on legendary characters. With Wonder Woman: Dead Earth, Extremity and Murder Falcon creator Daniel Warren Johnson gets to play in the DC world, and the results are nothing short of spectacular. END_OF_DOCUMENT_TOKEN_TO_BE_REPLACED

HBO’s Watchmen is ambitious, unparalleled, and ahead of its time. Damon Lindelof took the sacred text of Alan Moore and Dave Gibbons and not only breathed new life into it, he also cast the whole original text in a brand new light with the additions he made with the new series. It’s not only one of the best shows of the year, I’d argue it’s THE best show of the year, and is one of the best comic book adaptations of all time. END_OF_DOCUMENT_TOKEN_TO_BE_REPLACED

The new Annihilation event continues to barrel its way through the Marvel universe, and now it’s coming for Beta Ray Bill. Easily the most exciting and intense of the Scourge specials, Annihilation Scourge: Beta Ray Bill is the highlight of the event so far, and Michael Moreci and Alberto Jimenez Albuquerque’s special should absolutely lead to an ongoing for the Norse Horse. END_OF_DOCUMENT_TOKEN_TO_BE_REPLACED

A Crisis To End Them All

With the exception of the Scarlet Speedster, none of those names should resonate with your average pop culture fan. But thanks to the CW, those characters are not only well-known, but are arguably more successful than their big screen counterparts. That’s entirely due to the work of Greg Berlanti, the man behind all of the CW’s DC adaptations, which make up almost 80% of the series they air. Looking at the network now, it’s nearly impossible not to think of them as the “DC Network”, and their adaptations of these lesser-known heroes has lead to the biggest crossover of them all: Crisis on Infinite Earths. END_OF_DOCUMENT_TOKEN_TO_BE_REPLACED

Marvel has been getting their worth out of the Conan The Barbarian license, but they’re been pretty hesitant to use any of Robert E Howard’s other creations. Until now. Serpent War brings Conan, puritan monster hunter Solomon Kane, the fighter Dark Agnes, and….Moon Knight together in a new story that’s being pitched as a big Conan event. However, there’s a lot of set up in Jim Zub and Scot Eaton’s first issue, and not all of it has to do with the character backstories either. END_OF_DOCUMENT_TOKEN_TO_BE_REPLACED

Ode To A Skywalker

As I type this, I’m rewatching Attack Of The Clones, the worst Star Wars movie, and the one that features a character I legitimately like in the franchise who was treated the worst possible way: Anakin Skywalker.

Yes, he’s whiny, annoying, bratty, badly acted, and kind of ruins the mystique of Darth Vader (okay, there’s no kind of, he does), but there’s something about the character that I’ve always liked. I’ve always been intrigued by the “fall to villainy” story trope, but it’s extremely lacking in the Star Wars Prequels, which is a really big problem since it’s the main story of those films. Honestly, I think the Anakin stories in my imagination (and the spin off comics and books featuring him) are far more interesting than the official story we got, and it’s very difficult to not watch the Prequels and think about the ways George Lucas could have improved the story. END_OF_DOCUMENT_TOKEN_TO_BE_REPLACED