← What To Do With The Merc With A Mouth In The House Of The Mouse
Comic Reviews: Superman: Year One and Bad Reception! → 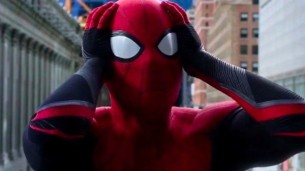 The Marvel Cinematic Universe could have a Spider-Man shaped hole in its future depending on how the current negotiations between Disney and Sony go. Naturally, this causes quite the dilemma for myself, your friendly neighborhood Spidey fan. It’s easy to point the fingers at Sony, given their less than stellar track record with the character prior to the MCU deal, but Disney’s not off the hook either, and it’s all thanks to the one foe that even Spider-Man may not be able to take down: Good old fashioned corporate greed!

The deal between Sony and Disney is a weird one, where Sony gets roughly 95% ish of the profits from their Spider-Man films, and gets to use characters from the Marvel Cinematic Universe (hence why Iron Man popped up in Homecoming and Nick Fury appeared in Far From Home). While Disney doesn’t get more than 5% of the box office, they do still have the use of Spider-Man in the MCU, and they keep complete control over the merchandise of Spider-Man, which in all honesty, is probably a bigger deal than ever being able to use the character in the first place.

According to all of the industry reports, Disney wants to change that deal to make the end take a little more fair. Like, 50/50 fair. Which seems understandable at first, until you realize that Disney has the highest grossing film of all time with Avengers: Endgame, and have released insanely successful films for this year, a fact that doesn’t even take into account that Rise of Skywalker hasn’t released yet. Should they get a piece of the Spidey cut, since you can argue that the success of Sony’s current Spider-Man films is largely due to the fact that the character has appeared in two of the biggest movies of the decade? Sure. But is it right for them to ask for more money when they’ve clearly made more than God at this point? I’m not so sure.

But Sony’s not in the right either. The fact that they want to use this head start from the MCU to try and springboard their own Spider-Man plans is pretty shortsighted, and reeks of poor planning, which is definitely their MO when it comes to their franchises. Their inability to look at the success of Homecoming and Far from Home and not understanding (or refusing to understand) that Disney’s involvement in those films is a huge reason for their success is astoundingly stupid, and judging from the twitter-sphere, is making them all look like chumps. But, they’re emboldened by the success of Venom (something I still don’t understand), and believe that they don’t need Marvel Studios or Disney to help them keep making Spider-Man movies (if they hadn’t messed up the Spider-Man franchise twice before I’d have some faith in them). Pulling this move isn’t entirely unexpected, but imagine Sony going forward with the Tom Holland universe the MCU created, but not being able to mention ANY of the characters or events from the MCU that he’s previously met? In the end, they’d be making things more difficult for them than if they just cut a deal.

This Spidey news is a huge bummer for fans of the MCU and Spidey, but we’re really in the early negotiations, and updates are coming in that no deal has been finalized yet, despite what’s being reported.It’s going to be interesting how this all shakes out, as Disney is the big dog in the park, but Sony also knows that a lot of the MCU’s future plans were hinging on Peter Parker, so it may just be a scenario of who blinks first. I really wouldn’t be surprised if this ends up with Spidey back in the MCU, but Sony getting a win and having Venom and their other “non-Spidey” spin-offs considered part of the MCU too. That’s a scenario I can live with, as long as it keeps Spidey interacting with the Avengers.

← What To Do With The Merc With A Mouth In The House Of The Mouse
Comic Reviews: Superman: Year One and Bad Reception! →