← Movie Review: Spider-Man: Far From Home
So Long And Thanks For All The Walkers! →

Comic Reviews: Aero and No One Left To Fight! 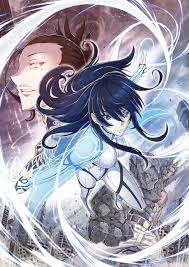 Like all major events, War of the Realms set up some new characters in the hopes of giving them their own series. Unlike other events, those new characters have more things in common with popular Manga series than other comics on the shelves, and the latest series Aero, from Zhou Liefen and artist Keng, serves as a pretty intriguing start for a brand new hero in the Marvel universe.

Lei Ling is Shanghai’s protector, and she loves her city. Using her wind abilities to help design and protect the city, she’s seemingly struck the perfect balance between her life as an architect and as a superhero. But someone is using her city against her, and it’s causing young Ling to question everything about her powers.

Straight up, I didn’t think I’d find anything to like about Aero. I didn’t read the New Agents of Atlas tie-in to War of the Realms, so I was coming into this series completely cold, but Zhou Liefen’s opening issue is extremely new reader friendly. Ling is a really interesting character, and I like that she has such a strong tie to her home city. Liefen’s characterization of Aero is so strong that I feel like I don’t even need to go back and read New Agents of Atlas, she’s already completely fully realized as a character.

Keng’s art definitely makes one think of Manga, and as someone who’s not very big on Manga, it was a little difficult for me to really get into at first. However, I really found myself drawn in once I got to the first big splash page, which is full of so much action and energy that you’d swear you could see Aero’s powers working right before your eyes. I don’t know where Keng has been all this time, but his art is certainly going to make some waves for Marvel.

As far as debut issues go, it’s hard to find fault with Aero. This is a fully realized character with a supporting cast, world, and powers already started up, and there’s very little unnecessary background info to deal with. If you liked her in New Agents of Atlas you’ll definitely love this issue, and even if you didn’t read it like me, you’ll probably find something cool to latch on to as well.

No One Left To Fight #1 (Dark Horse Comics) 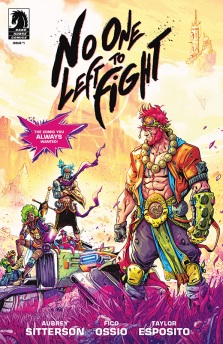 What happens when the big evil is defeated and the heroes move on with their lives? That’s the main premise behind No One Left To Fight, a new series from Aubrey Sitterson and Fico Ossio that is easily one of the coolest debut issues of the year, and one of the most unique worlds to grace comics in a long time.

Years ago, Vale defeated the evil Gor Despo, and the world was saved. But now his glory days are behind him, and Vale has travelled to the home of his friends and former teammates Krysta and Timor, the latter of whom is definitely NOT thrilled with hosting. As Timor’s jealousy mounts, he finally has enough and challenges Vale to a sparring match, which ends up escalating to insane levels that Vale couldn’t imagine.

Simply put, the world that Aubrey Sitterson and Fico Ossio have created is awesome. There’s clear inspiration from things like Dragon Ball Z and even Final Fantasy X, but the two give it it’s own spin that feels completely unique. Within a few pages Vale, Krysta and Timor are fully fleshed out characters, and you understand where all of them are coming from. Everything from the characters to their supporting cast (which includes a scene-stealing octopus named Pod) is fully realized, and at no point are you bogged down by needless or boring backstories.

I had never heard of Fico Ossio’s work before this, but I’m completely blown away by it. This art looks like nothing else on the stands, with a vibrant energy that makes it seem like everyone in this world is alive and moving. It’s tailor made for a video game or animated adaptation, and I sincerely hope it gets one, cause so far Sitterson and Ossio have a really fantastic book on their hands.

No One Left To Fight may seem at first glance like a series that may be pretty downbeat or boring, but that couldn’t be further from the case. Even the quite character moments move at a quick pace, and the characters are completely engaging from the get go. I can’t wait to check out the rest of this series.

← Movie Review: Spider-Man: Far From Home
So Long And Thanks For All The Walkers! →