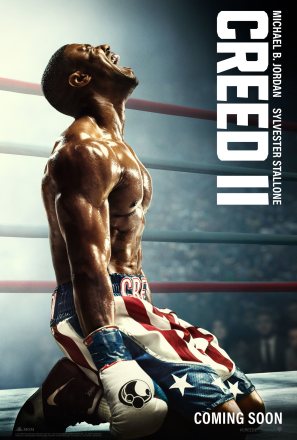 The original Creed should never have worked. Reviving the Rocky franchise through the character of a young Adonis Creed, the unknown son of Apollo Creed, was an idea that would’ve felt more at home on a Redbox rental screen than in the actual movie theater, but with Ryan Coogler in the director’s chair and Michael B Jordan behind the boxing gloves, it became one of the best movies f 2015, and one of the standouts in the legendary Rocky franchise, even garnering a Best Supporting Actor nomination for Sylvester Stallone. With that much success, it’s no surprise that a sequel was made, and it’s also no surprise that said sequel would find Adonis facing off with the son of Ivan Drago, the man who killed his father. While there aren’t many surprises in Creed II, it still ends up being a really fun and entertaining film.

Picking up a few years after the first film, Creed II finds Adonis Creed (Michael B Jordan) on top. As the newly crowned Heavyweight Champion of The World, with the world famous Rocky Balboa (Sylvester Stallone-did I really need to type that?) as his coach and Bianca (Tessa Thompson) agreeing to marry him, it seems like everything is coming up Adonis. Until a fight promoter tracks down Victor Drago (Florian Munteanu), a vicious Russian boxer who’s been training his life under his father, Ivan Drago (Dolph Lundgren), the man who killed Apollo Creed, and wants to set up the fight of the year.

From the end credits of Creed, my first thought was “I want to see him fight the son of

Ivan Drago”. Is that an easy sequel idea? Sure. But it’s still pretty compelling, and the next logical step you could take the character of Adonis Creed if you were going to make a sequel. While one could argue that we didn’t need a sequel to Creed, the end result of Creed II is still pretty damn solid, and does some pretty great things for the characters in this series.

One of the greatest aspects of Creed II is how it handles Adonis, who has to struggle with his pride and the life he has now that he’s achieved what he set out to. After fighting so long to become the Heavyweight Champion, he still has a strong drive within him that doesn’t let him walk away from the ring, even when he should. Credit goes to the always charismatic Michael B Jordan, who is still an engaging presence and a character you want to root for, even when you now that he’s being a little bit of a jerk and should just give up the title and live a normal life. But at the same time, you completely understand where Adonis is coming from, and his reasons for wanting to fight. Jordan’s made a huge name for himself between the first Creed and especially Black Panther, and it’s nice to see that his success hasn’t dampened his natural acting talent. He’s truly one of the best actors on screen today, and seems incapable of phoning it in. 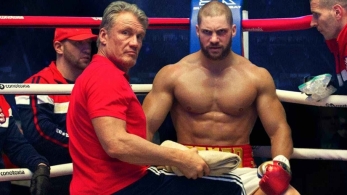 Another interesting layer to Creed II is the fleshing out of Ivan Drago, who is now a broken, angry man following his defeat by Rocky three decades ago. No longer just a one-dimensional evil Russian, Dolph Lundgren brings a surprising amount of depth to the character in his few scenes, and you really feel the weight of disappointment weighing on him from himself, his family, and his country. If his son Victor wasn’t such a monster in the ring, you might find yourself rooting for the two of them, and I’d honestly watch a prequel spin-off showcasing their life prior to this movie.

There are some characters who have to take a backseat in Creed II, and here it’s Tessa Thompson’s Bianca and Sly’s Rocky Balboa. It’s not unexpected to have Stallone take more of a backseat this time around, as this is more Adonis’ story, and Stallone isn’t getting any younger. That being said, he’s got some really heartfelt moments this time, and it’ll be hard for long time fans not to get choked up at times. Tessa Thompson’s role is sadly reduced to more of the worrying girlfriend/wife role, and while it’s a little tough to buy into her suddenly being okay with Adonis wanting to get back into the ring, Thompson, like Jordan, is so good that you accept it.

While director Steven Caple Jr is no Ryan Coogler, Creed II still has some impressive moments. While the boxing matches don’t have the dizzying cinematography of the first, the hits are arguably even more brutal than that film. There were times where it seemed like Jordan and Munteanu were legitimately clocking each other with dizzying hits, and Caple Jr makes their final bout into one of the most thrilling fights in the whole Rocky franchise.

You could probably piece together the story of Creed II from the trailer (or hell, even from the past movies in the Rocky franchise), but it’s still a well made and entertaining installment in the franchise. Does it reinvent the wheel like the original Creed? No, but it’s still really fun to see these characters and actors again. I have no idea if we will (or should) get a Creed III, but I know I’ll be there regardless.