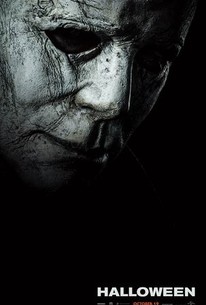 The original Halloween is a stone cold classic, and it’s not just one of my favorite horror movies, it’s one of my favorite movies period. John Carpenter built an amazingly eerie film, and all others that came after it, including the many sequels, fail to live up to it. So the news that David Gordon Green of all people would be helming a new sequel/reboot, with Danny McBride cowriting it with him, gave me some cause for concern. The guy behind Eastbound and Down and Vice Principals was going to helm a Halloween movie?

Well, I should’ve trusted this Green guy, cause Halloween (2018) (for the purposes of this review I’m calling it H18 from now on) is pretty damn fantastic.

Throwing aside every installment in the franchise except for the original (yup, that includes Halloween II), H18 picks up forty years after Michael Meyers’ attack on Haddonfield, Illinois left five dead, and Laurie Strode (Jamie Lee Curtis), forever changed. Now, four decades later, Strode is battle-hardened and ready for the return of the man who murdered her friends. When Meyers escapes police custody during a routine transfer, he makes his return to Haddonfield, and Laurie’s years of planning are finally going to pay off.

For better or worse, H18 serves as a love letter to the original film. Everything from the opening credits to the music cues are throwbacks to the original movie, and there’s even nods to the other movies in the franchise that have been excised from the continuity as well (keep an eye out on some of the masks the kids are wearing while trick or treating). It makes for some pretty fun moments for fans of the original like myself, but there are a few times that it feels like Green could’ve tried out some new ideas instead of just throwing in another Easter egg. That being said, Green does throw in some really awesome moments throughout the movie, and crafts some legitimately unsettling appearances from Meyers (you’ll definitely never look at Jack O lanterns the same way again).

In every sense of the word, H18 is Jamie Lee Curtis’ movie. Yeah, a majority of people will be showing up for Michael Meyers, but they’ll all be pretty surprised by not only how much of the movie focuses on Curtis’ Laurie, but also how great she is. Both inspiring and heartbreaking, Curtis is able to bring a real sense of weight to Laurie Strode’s decades of preparation. Sure, she’s able to fire any weapon and has a sweet compound stacked with everything she’d need to take down Michael if he ever escaped, but it’s come at a very high cost. Estranged from her daughter Karen (Judy Greer) and granddaughter Allyson (Andi Matichak), Laurie has little to no social skills, and a scene early on where she attempts to see Michael’s transport leave shows the real trauma that Michael’s actions caused on her. It’s a fantastic, many-layered performance that fleshes out Laurie Strode and makes you really feel sorry for her and the years and relationships she’s lost because of that one fateful Halloween night.

Of course, the other reason to see a Halloween movie is to see a bunch of teenagers get slashed by Michael Meyers, and on that front H18 doesn’t disappoint. Unlike the original, this new installment is a bit bloodier, but aside from one particularly gruesome kill, theres nothing too gory here. David Gordon Green has a lot of fun setting the stage for Michael’s homecoming, and there are some really fantastic tracking shots and sequences that will for sure get under your skin when you’re home alone. In a fun nod to the original, Nick Castle is back in the mask, but some of the more action heavy sequences are handled by James Jude Courtney. Both actors give The Shape the silent creepiness that makes the character so unsettling, and despite the fact that Meyers would be pushing seventy by now, he’s no less intimidating.

While there are some moments that keep H18 from reaching the same heights as Carpenter’s original masterpiece, it’s still a worthy sequel that serves as a great followup to the original film. I’d even argue that it’s the best of the sequels. Like the original, it doesn’t get bogged down in explaining things that don’t need explaining, instead going for the “simple is better” method that made Carpenter’s film work so well. While I doubt this is really the end of Michael Meyers, for the time being, H18 works as a nice conclusion for the story of Michael Meyers and Laurie Strode.