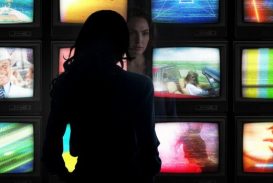 It’s no big revelation to say that Warner Bros’ slate of films based on the world of DC Comics are in a weird spot. After the muted response to Justice League, news of any film connected to the DCEU has become so scattershot that it would make anyone’s head spin. Sure, Wonder Woman‘s sequel and James Wan’s Aquaman are coming down the line (and both look pretty cool), but then there’s also the currently filming Shazam, Ava Duvernay’s New Gods film, a Batgirl movie, a Nightwing movie, Matt Reeves’ untitled (and possibly unAfflecked) Batman film, and not one, but three films put into development starring the clown prince of the crime himself, The Joker.

Yet I get the sense that not all of these films are actually going to get pretty far in the long run. In fact, since AT&T just recently purchased Time Warner, I’d go so far as to say that these announcements were made just to showcase that Warner Bros was a viable purchase for AT&T. Now that the deal is done, I don’t see a lot of forward momentum for these movies, mainly because many of them seem like an awkward place to start in the first place.

Let’s use The Joker movies as an example. Last year it was announced that Todd Phillips and Martin Scorsese were going to work together on an 80’s set origin movie for the Joker. Joker not needing an origin aside, we were told that it would take place outside of the DC film universe, which again, a weird choice since that universe was only three movies old by that point, but sure, why not. A short while later, the studio announced that they were also going to be making a Harley Quinn Suicide Squad spin off movie. Makes sense, since she was the breakout character of the film. Initially pitched as a Gotham City Sirens type film that would feature Catwoman and Poison Ivy, it then morphed into a Harley AND Joker movie that would star Jared Leto’s Joker as well. AND THEN a week ago, Warner Bros announced a Jared Leto solo Joker movie.

Confused yet? I’m sure you’re not the only one. It’s these kinds of decisions that make you wonder what exactly is going on over at DC Films and Warner Bros. While Suicide Squad certainly made money, the reaction to Leto’s Joker certainly wasn’t met with overwhelming acclaim, with many people citing his small performance being one of the worst things about the film. So WB’s solution? Give him an entire movie! It’s a move that honestly feels less like an actual filmmaking decision and more like one to keep one of their stars happy so they don’t have to recast him in the future.

With a new president leading the studio now, it’s his job to sort through the many announcements that WB has made and figure out just what ones should actually be put into cinemas, which I’m sure is no easy task. But it needs to be done, or else that “superhero fatigue” we hear about every time a bunch of superhero movies are being released in a calendar year could become a very real thing. Here’s hoping they get their act together, because Justice League shows that audiences were starting to tire of their decisions.