I think a lot of us can agree that by and large, 2016 was a pretty bad year all around. Nearly every major blockbuster movie disappointed, the country showed us how terrible it can be, and we lost a ton of great performers and celebrities to the man upstairs. That’s what makes this installment of my annual ‘Worst of” lists so much more difficult. In a year as crappy as this one, how can you choose the absolute crap of the crap? Well my friends, I’ve thought long and hard about this one, and after much deliberation, I give you my absolute WORST of 2016.

There were a lot of issues with Batman V Superman: Dawn of Justice, but I think we can all agree that the movie might have had a chance at being salvaged if one major casting decision was stopped before filming: Jesse Eisenberg as Lex Luthor. Now, sometimes casting against type can work wonderfully (look no further than Heath Ledger’s Joker for a great example), but when it goes wrong, it goes very, very wrong. There are few better examples of “what were they thinking?” this year than Eisenberg’s Lex Luthor, who comes off less as a menacing threat and more like a more twitchy version of The Social Network’s Mark Zuckerberg. Eisenberg, like all movie Luthor’s, has one early line that makes you think that maybe THIS time the movies will get him right, but it’s quickly gone to the wayside once Eisenberg starts twitching and “hmphing” to himself. It doesn’t help that director Zack Snyder told an interviewer that they were going to get Bryan Cranston for the role, until they met with Eisenberg for the throwaway Jimmy Olsen role. “Can you imagine that movie” was an actual think Snyder said after he told that story. Yes, I can, because it would a million times better.

If recent movies may have you thinking that nerds are over the moon excited with the fact that their beloved superheroes are now on the big screen, Twitter and Reddit will make you wish that movie studios never heard the name “Superman”. Nerd outrage has always been an issue, but no year had seen the kind of horrible, backwards thinking vitriol that 2016 had. From the Ghostbusters reboot to the “Dump Star Wars” Campaign, 2016 not only showed us that nerds have a long way to go when it comes to being accepting, but also make you wonder if you want to be associated with the people complaining about the things you love.

With the exception of their Star Wars titles and a few Spider-Man series, 2016 will go down as the year Marvel finally became out of touch with the current comic market. After starting the year with Secret Wars, the company relaunched again with diminishing returns. Then they kicked off Civil War II, the sequel no one asked for. Then they relaunched again, to even MORE diminishing returns, despite acting like their books (which currently include D-list characters like Solo and Slapstick), are top sellers. Marvel is losing ground at an alarming rate, and it’s only more troubling when you look at the costs of their books, which are slowly jumping up to $5, $6, and even $10 for a REGULAR ISSUE. It’s no wonder more and more comic fans are jumping to DC Comics and Image. 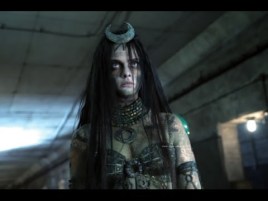 Surprised I didn’t put Leto’s Joker here? Me too. To be honest, he was in so little of it that I couldn’t even come up with a solid opinion on his version of the character (except for the tattoos, which were god awful). While Suicide Squad doesn’t have as many problems as Batman V Superman, they’re still there., and one of the worst problems in the film is Cara Delevingne’s Enchantress, who spends almost the entire movie shimmying in front of a giant beam of white light. Again, it’s another idea that should’ve been prevented before it ever saw print, but somehow got past everyone and made it into the final movie. How they didn’t have the Squad going after the Joker instead is baffling to me. 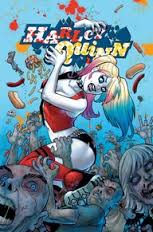 No, not Margot Robie’s version in Suicide Squad (I actually loved her portrayal). I’m talking about the best-selling Harley Quinn series. I’m a big fan of the character, but for the life of me I can’t wrap my head around the popularity of Amanda Conner and Jimmy Palmiotti’s series. Issues seemingly jump around in tone and plot on a whim, the art is inconsistent, and Harley’s dialogue is horrendous (seriously, count how many times she says “holy” followed by a terrible line that’s meant to rhyme with it in a given issue). I tried giving the book another chance with the DC Rebirth event, but man, my love of Harley can only go so far. If only people stopped buying it so DC could give it to Paul Dini…