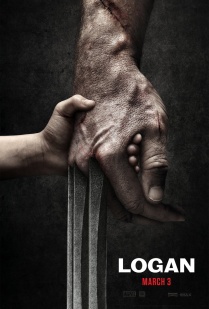 At long last, we finally have some information on the final Wolverine movie. It’s been some time since we had any real news about the movie, and with the March release date coming up, many of us were wondering if we’d EVER get a trailer, pictures, or even a synopsis on Hugh Jackman’s final outing as Logan. Well, we’ve finally gotten some info on the movie, and it’s…different.

For starters, the new film is called “Logan”. Nope, no “Old Man” in front of it, just “Logan”. It’s an interesting title for sure, and I enjoy it, but it does put the Wolverine movies in the same territory of the Alien and Rambo movies, where there’s no numbers in any of the titles, just different names. This name hints at a more character-focused and smaller movie than previous Wolverine movies (although I’d argue that The Wolverine was a smaller, character-focused movie as well). But as far as giving us hints to the plot, it doesn’t really tell us much.

Now that I think about it, neither do any of the pictures that have come out since the movie’s title reveal. Aside from a shot of a VERY old Professor Xavier, there’s nothing that we can tell from the released pictures to give us any real hint of the plot of the movie. It’s still rumored to feature an older Wolverine, and possibly his clone X-23, but other than that, the pictures we’ve seen show a guy in a white tux (who might be Arcade?), storyboards, and a few other random black and white shots.

The only actual information I’ve heard of is from movie websites that claim to know the plot of the movie, and what I’ve heard hasn’t really inspired a lot of faith in the movie. First off, there seems to be no connection for Logan to any of the recent X-Men movies. In fact, the plot synopsis scoop I read stated that Stephen Merchant was playing the mutant Caliban….who was already seen in X-Men: Apocalypse, and the Caliban in that movie definitely wasn’t played by Stephen Merchant. And after all the rumors that Mr. Sinister would finally be making his appearance in this movie, apparently Sinister won’t be in the movie at all.

While this marketing tactic is unique, it’s not exactly the best idea in my opinion. After the lukewarm reception of X-Men: Apocalypse, you’d think Fox would want to REALLY start pushing the next X-Men movie, especially one that features the franchise’s cash cow Wolverine. But at the rate this marketing is going, Logan runs the risk of getting overshadowed by not only Marvel Studios and Warner Bros’ upcoming superhero movies, but other tent pole releases as well. Getting some more information out there, whether it’s a trailer or just an official synopsis, will at least help Fox drum up some interest in the movie. As it stands right now though, Logan is just causing a lot of comic book movie fans to scratch their heads.