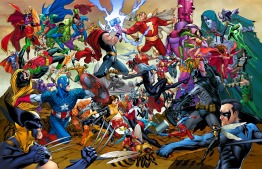 I know what you’re thinking: “really, an article about Marvel Vs. DC movies? Again?”

Well hold your horses pal, cause this isn’t that kind of article. While the internet would have you believe that I’d be comparing the Marvel Studios films to the just starting up DC films from Warner Bros, I’m looking at the real battle that’s been raging for decades: the comics. Like everything, the battle between Marvel and DC has ebbed and flowed in favor of either side, and both publishers have always had their strengths and weaknesses. So today we’re going to look at the two publishers in key categories: characters, writers, artists, and direction. 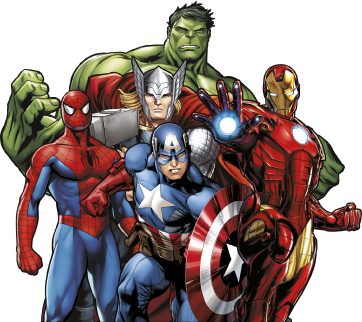 This is definitely going to have a little bias, because I’ve always been more of a “Marvel Guy”. With the exception of Batman, DC’s characters just didn’t have the same appeal to me that the Marvel ones did. Sure, I enjoyed Superman and the Flash, but once you started getting to the B and C listers on the DC side, I started to lose interest REAL fast.

However, this is looking at the current state of Marvel, and in that regard, they’re in some serious trouble. Sure, Spider-Man and Captain America are still around, but for the most part many of their marquee characters either don’t exist or have multiple characters sharing the same name. While this is all great for the longevity of the characters, it doesn’t make things exactly all that easy for new or lapsed readers. In fact, many of them are jumping over to DC, whose ‘Rebirth” initiative has worked wonders to help them get those new and lapsed readers back into shops. Distilling their main characters back to what made them work is still a gimmick, but in DC’s case, it’s working. 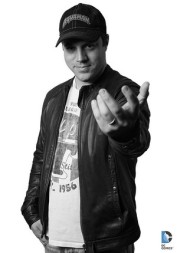 At one point, Marvel had some of the best writers in the comic business working for them: Ed Brubaker, Jonathan Hickman, Rick Remender, and more. While they still have long time talent like Brian Michael Bendis and Jason Aaron, their new talent still is a little unproven. More than DC, Marvel seems to burn through new talent quicker than they keep them on.

However, the same can be said for DC. Sure, they’ve still got Scott Snyder, but he’s moving onto a new Batman title, and Geoff Johns is now extremely busy running the DC Films side of Warner Bros. With new and rising stars like Sam Humphries and Joshua Williamson, the future is looking pretty good for DC. But they still have some worrisome holdovers from their New 52 days (why is Scott Lobdell still working for them?), which is why Marvel just barely gets the edge here. 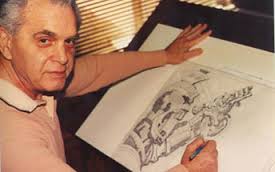 Here’s the category that is unquestionably ruled by DC. While many of their books have different styles, there isn’t one being published that has art that hurts to look at. Unfortunately the same can’t be said for Marvel, who has had diminishing returns in the art department for the past few years. Sure, there’s still Ed McGuinness, David Marquez, and Giuseppe Camuncoli, but there are a ton of rushed panels and horribly sloppy art from a majority of the books Marvel publishes.

DC Comics though has a line-wide “house style”, and employs Jason Fabok, Patrick Gleason, and David Finch, who remarkably has been able to keep up with Batman’s twice a month schedule. There hasn’t been a book yet from DC that has made me cringe while looking at the art, which is why they soundly take the art category. 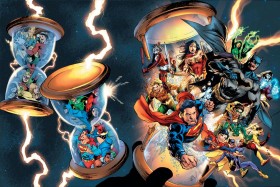 When DC first announced their “Rebirth” initiative, we all started the snark machine, and rightfully so. They had just done the New 52 reboot, as well as the “DC You” publishing initiative, and now they’re trying this? But we were wrong, so very wrong. DC Rebirth has been a massive success, and much of that is because of how upfront Geoff Johns and the rest of the DC higher ups were about the event. They knew that they had lost their way, and were making a promise to readers that this was a fresh, and more affordable, start.

Marvel however, seems to be more out of touch than ever. Civil War II, an event no one has asked for (but is actually better than it has any right to be), is losing readers at an alarming rate, and their yearly renumbering has worked counter to what they want. Add in the fact that issues for their series can range from $4 to even $10, and it’s no wonder why Marvel’s readers are becoming more and more frustrated. And unfortunately, with the announcement of another Marvel Now event in September, it seems like they still haven’t gotten the memo. If they want to gain back the love of their faithful fans, Marvel needs to go the Rebirth route quick.

So there you have it. If you wanted to get an answer for the “Marvel vs. DC” debate, right now it’s definitely DC. Rebirth is a huge success, and while we’re still waiting for the final tallies to see how DC’s sales are doing over Marvel, I think it’s only a matter of time before Marvel starts slipping. And of course, this could all change in a year from now. Who knows? Maybe the tables will be completely turned by then. For Marvel’s sake, I sure hope so.