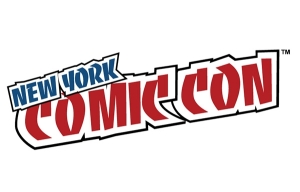 New York Comic Con has wrapped up for another year, and unlike San Diego Comic Con there was actually a good amount of comic book related news to come out of the con. From Dark Horse announcing comics based on James Cameron’s Avatar to Mark Hamill returning to the The Flash, there were a lot of really cool announcements for both comics and comic book based media. So without further ado, here’s a rundown of all of the big news to come out of this year’s NYCC!

Dark Knight 3: The Master Race is coming whether you want it or not, and DC is certainly planning on getting their money’s worth out of Frank Miller’s classic tale. There’s more variants than you can shake a stick at, mini comics inserted into the middle of the books, and now there’s even going to be a prequel comic book from Frank Miller, Brian Azzarello, and artist John Romita, Jr. While I think this prequel is completely unnecessary, that doesn’t mean that it won’t make a butt load of cash for DC. Whether it’s any good remains to be seen of course, but we’ll always have Dark Knight Returns to read.

Speaking of things making a comeback, The X-Files had their big premiere at NYCC. Some of the reviews I’ve read had said that the premiere takes a little while to get going, but seeing Mulder and Scully together again makes up for it. It’s certainly making the wait for January even harder.

Not to be outdone, Marvel Studios had a few debuts as well in the form of Jessica Jones and the first footage from the second season of Daredevil. The new footage for the Man Without Fear was pretty brief, but it did give us our first look at Elektra and Jon Bernthal’s Punisher. Marvel also premiered the first episode of Jessica Jones, and the response was overwhelmingly positive, with sites saying that Jones is even darker than Daredevil, which is pretty surprising.

One of the biggest surprises to come out of the con was that Greg Capullo would be taking a break from Batman after issue 51. But the even bigger surprise was the reason why he’s taking the break: He’ll be working on a secret project with none other than Mark Millar. Could it be Nemesis 2? A Big Daddy spin off book? Or a brand new creation that probably already has a movie deal (probably that)? Whatever it is, I don’t think Capullo will be back in Gotham after he gets a movie deal from this Millar project. But with the amount of awesome artists that Scott Snyder has worked with, I have no doubt that whoever picks up the pencils after Capullo will be great.

Marvel’s Star Wars comics have been fantastic, but they’ve been ignoring one aspect of the saga: the prequels. Well, all that’s going to change when Obi-Wan and Anakin releases next year. Written by Charles Soule and featuring art by Shattered Empire’s Marco Checchetto, the upcoming miniseries is going to be the first of the Marvel Star Wars books to be set in the prequel trilogy, and since Soule’s Lando series has been surprisingly awesome I have high hopes that he can shed more light into Obi-Wan and Anakin’s relationship.