Last week had the typical “Best Nerd Things of 2014”, so now, it’s time for the real fun: the WORST nerd things of 2014. Yes, these are the movies, TV shows, video games, and comics that made my blood boil to molten lava, my head feel like it wanted to implode, and my nerd rage levels to reach almost Berserker. So, without further ado, we might as well get the biggest offender out of the way, the worst comic book movie of the year (in my opinion)… 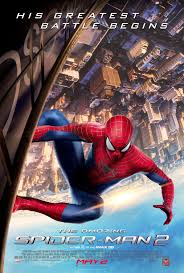 Woooo boy, here we go. Look, I know, this is a topic I’ve been over time and time again. I didn’t like Amazing Spider-Man 2. At all. And my feelings haven’t changed. Sony took a pretty promising start with Amazing Spider-Man and absolutely squandered their potential with this cash grab that was more concerned with setting up spin-off films than telling a coherent story. It was a slap in the face to everyone who defended the reboot, and it’s killed any forward momentum Sony had for future Spidey films. The best thing that could happen at this point is Sony selling the rights back to Marvel (which thanks to North Korea, they might have to).

Adding insult to injury, The Amazing Spider-Man 2 tie-in videogame was somehow even WORSE than the movie it was based on. Boring missions, glitchy cutscenes, a Green Goblin that was more terrible than it’s cinematic counterpart, and putting Carnage ahead of Venom made this game the absolute worst comic book video game I played this year. hell, half the time the cutscenes would cut out and just show a black screen! Stay away from this one, and let it collect dust in the bargain bin. 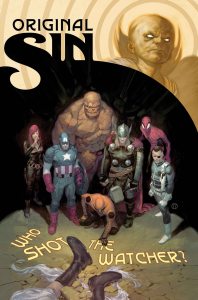 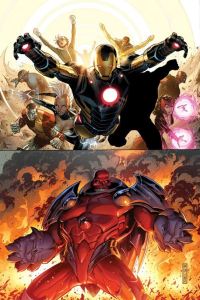 It hasn’t been a good year for Marvel’s events. While both Original Sin and Avengers and X-Men: AXIS weren’t Age of Ultron bad, they still didn’t manage to make much of an impact. Call it event fatigue, poor execution, or just plain bad stories, none of Marvel’s major events this year had the impact that previous ones did.

It’s a shame, and pretty concerning, that Marvel’s top talent struggles with events. Marvel might be better off with hiring outside writers to pen their events, because at this rate, none of their top writers seem capable of delivering the goods when it comes to big, Earth shattering moments.

Hawkeye (Yeah, I Said It) 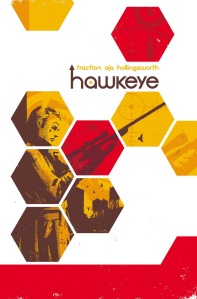 Delays are a part of comics. They happen. But man, some books seem to thrive on them. Take Matt Fraction’s books, for example. He’s the man behind Hawkeye and Sex Criminals; two of the Internet’s favorite books that everyone I meet seems to think are just “okay”. At the time of this writing, it’s possible that the final issue of Fraction and David Aja’s Hawkeye will hit AFTER the first issue of the relaunch with Jeff Lemire.

This is abysmal. At first, the Hawkeye delays were understandable. But when months and months go by, it gets a little ridiculous. Not to mention that I personally haven’t felt like any of these issues have been worth the wait. I honestly think it’s a marketing ploy by Fraction and Marvel to try and drum up hype for the latest issues. Sorry, but after waiting months to find out if Clint was killed, and then having two issues featuring Kate in LA, I had checked out. Now I’m staying on board just so I can see this series to its conclusion. I shouldn’t have to keep reading a title I don’t like out of obligation; I should be reading it because I enjoy it. 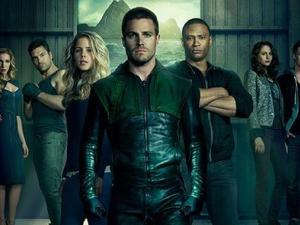 WB’s Refusal to Merge Arrow with the DC Cinematic Universe

Well-tread territory again, I know. But seriously, this one is so damn simple that it’s insane that WB doesn’t do it. Arrow has been a massive hit for the CW, and it currently introduced a new version of Ra’s Al Ghul that’s pretty badass. Not to mention the fact that The Flash has been awesome since the first episode. It would make WB’s life a lot easier if they just worked a little bit to insert Arrow and Flash into the cinematic universe, but they just don’t want to do it. I hope Ezra Miller and whoever they cast as Green Arrow in the movies are good, but I doubt they’ll be as good as Grant Gustin and Stephen Amell.

Past Their Prime Artists

There’s nothing sadder than someone who was once great at something awkwardly trying to relive their glory days. It happens in sports, movies, and even comics. In fact it’s arguably worse when this happens in comics, as readers will always remember how incredible some artists were, and can easily go back to older runs and remind them of this. Artists returning to the comics industry happens every year, but this year saw some pretty high profile artists come back to the industry, only to have their recent work either look really poor, or worse, indistinguishable from their famous style. David Finch’s inconsistent artwork stuck out like a sore thumb in the otherwise awesome Forever Evil, while both Kubert brothers ended up releasing work that was a pale shadow of their former glory with Damian: Son of Batman and the already mentioned AXIS. Perhaps some artists would be better off letting their glory days stay in the past.