← Movie Review: Don’t Be Afraid Of The Dark
Comic Reviews: The Return Of The Scarlet Spider! → 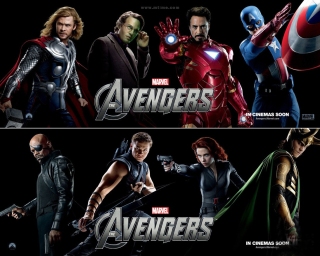 2012 will be the year of the nerd. This should come as no surprise, as this year sees Marvel’s mega event Avengers vs. X-Men, the upcoming Swamp Thing and Animal Man kind of crossover from Scott Snyder and Jeff Lemire, and the return of Brian K. Vaughan to comics with his new series Saga. Not only that, but we’re also going to be gifted with the Avengers, Dark Knight Rises, Prometheus, Amazing Spider-man, and Ghost Rider: Spirit Of Vengeance in our Cineplex this year. And yes, I’m beyond excited for another go ‘round with Ridiculous Cage on his flaming motorcycle.
It seems that this year, unlike any other, will be awash in nerdiness. It’s inescapable, especially in “mainstream” media.  Not only will those awesome movies be coming out (YES, Spirit of Vengeance is going to be awesome, HAVE YOU SEEN THE TRAILER?!?!?), but we’ll also be getting Marvel and DC Legos.
I’m going to write that again:
IN 2012 WE ARE GETTING MARVEL AND DC LEGO SETS.
I will welcome the end of the world on December 21st with open arms if it means I’ll be able to have a sweet Batcave battle involving the Dark Knight, Spider-man, The Joker, Venom, Wolverine, and a multitude of other DC and Marvel guys duking it out in Lego form. This is something that I have been waiting for since I was a child. The only thing that comes close to this is when they released Star Wars Legos around the time of The Phantom Menace. Despite the fact that the cooler sets fall somewhere in the $100 range, these sets are going to be something to have for years, as they will most likely go the way of the Batman sets from a few years ago and be out of print within two months of release.
TV isn’t going to be sitting out the competition for your nerd attention either. Breaking Bad, The Walking Dead, Archer, Game Of Thrones, and a slew of other awesome programming is coming back, as well as newcomers like Alcatraz, the newest show from J.J. Abrams. As someone who still hasn’t seen Lost (I’ll get around to it), I’m going to check it out to at least get in on the ground floor of the next possible mega-hit show. Of course, I said the same thing about Terra Nova, so……

In all seriousness though, 2012 is going to be the year of the nerd, which actually kind of convinces me that the world may end in 2012. After a year that sees Robert Downey, Jr., Chris Evans, and Chris Hemsworth share the screen, as WELL as having BOTH Spider-man and Batman in cinemas in the same month, does the world really need to keep going? I personally side with Rich and hope that by this time next year we’ll be in a Mad Max-like existence, fighting each other for food and gasoline. I’ll be the guy with the shotgun and the bitchin’ lego sets.

Posted on January 10, 2012, in Uncategorized. Bookmark the permalink. 1 Comment.

← Movie Review: Don’t Be Afraid Of The Dark
Comic Reviews: The Return Of The Scarlet Spider! →