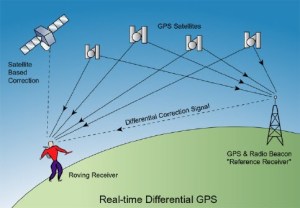 BOOM! Job interview one of two is complete! Went pretty well, all things considered…..by that I mean completely spacing on what job I had applied for. Luckily they mentioned it at the beginning of the interview so I was able to save face.
Usually when I go to interviews or places I don’t know, I borrow my lady’s GPS. Most of the time it’s used to really just help me in case I get lost, since most of the schools I have been to for interviews lately have been on roads either on or near major NH highways. Hampton School was gorgeous, and only a half hour away, which makes it fit into the “ideal” category.
Anyways, since I knew 80% of my journey, I decided to play the “Screw With Garmin” game, and purposefully take alternative routes to see how the GPS reacts. And here is today’s post.
Since I was going to have to take the Spaulding Turnpike regardless, I decided to hop onto it earlier than Garmin wanted me to. This of course, caused the GPS to lose its shit and recalculate 7 times. I’m sure that if it could, it would have sworn at me in its weird robot Australian accent. When i was already on the turnpike, it decided the best course of action would be to take the Durham/Concord exit (Exit 6W), stay on that for about 3 miles, then go back ONTO the Spaulding Turnpike. WHAT? On what planet would that make sense?* Luckily I was able to make it to The Hampton School on time, and make it back here in time to catch up on my DVR’d episodes of Gangland before I have to go work at Staples from 4-10.

*I know that had I turned off “avoid toll roads” that the GPS wouldn’t have told me to take the Durham exit. But I needed a blog topic and this has been the ONLY thing that I’ve done today. So there.

My my my. Guess who now has not only one job interview next week, but TWO? That’s right, yesterday I got a call from the Hampton School Department for an interview at their middle school. Sweetness. Now I just need to get my NH Teaching Certificate, which is easier said than done. The NH Department of Education website is so confusing you’d think that Edward E. Nigma was their webmaster. Ba-dum Bump! I’m currently in Ossipee awaiting to go for a routine cleaning with my dentist, or as I call him, Mr. Pokeyouinthegumsuntiltheybleedandmakeyoufeelbadaboutyouroralhygiene man. At least I’ll get another sweet tooth brush.

Anyways, today we’re going to pick up on Tuesday’s topic of the band Genesis. Per request of my lovely lady, I’m going to now briefly mention  the band’s career when Mr. Phil Collins became lead singer. As I mentioned in my previous Genesis entry, Collins was originally the drummer of the band, a position which gave him free reign to look like this:

Wow. Middle Earth called, they’re looking for Gimli. At first I thought I had accidentally google image searched the homeless guy who used to sleep in the cart pickup at the grocey store I worked at in high school, but nope, that’s Mr. “In The Air Tonight” himself. Good god. THAT is what a rock star looked like, and should still look like. He look like he should be blasting Skynrd from his van in the parking lot of his old high school, not being a drummer for the fantastic Mr. Fox. Collins actually kept up this look for quite awhile, even going so far as to adopt the hobo look for one of their official videos:
Eventually after his first marriage ended, Collins gave up on the dwarf-chique look for the now “classic Phil Collins” look, which included the mythical “balding mullet”.

It’s interesting to note that the less hair Phil Collins had, the bigger mainstream success Genesis (and his solo career) achieved. Some people say he sold out, that the band lost touch with their prog rock roots.But no. You see, Phil Collins’ pop music know-how was merely trapped under the weight of his weird LOTR hair and hobo beard. Once they were shed, he was able to take over the world with his smooth, non-threatening “rock” and Tarzan soundtrack.

Right now I’m taking a breather before I have to close at Staples tonight.  However, I’ve got some good news in the form of an interview next Thursday at Marshwood High School in South Berwick. I’m trying to keep my expectations in check, but I’m really hoping it goes well. I mean, Staples isn’t bad or anything, but I’d really like to have a job where I don’t have to work till 10, or, you know, in something that I actually have a degree in.
Anyways, it’s Wednesday!!!!!!!

Good god, Jonathan Hickman is insane. S.H.I.E.L.D.’s basic premise is that the organization that polices the Marvel Universe has been around for centuries, and boasts members such as Leonardo Da Vinci, Sir Isaac Newton, and Nostradamus. These illustrious men have fought back threats like Galactus and The Brood for centuries, and act as a safeguard for humanity to preserve our species.  The previous issue was extremely hard to follow, but thankfully issue 3 is a much easier read, mainly because it gives us some back story on Isaac Newton’s character and how he came to be involved in the organization.  His story is not one that you would expect, and Hickman’s talent of throwing extremely bizarre ideas in a plausible way for the reader works especially well in this issue. You’ll see why, as I don’t want to spoil it for you. S.H.I.E.L.D. is a smart read for those looking for something a little different in their superhero comics, and a top pick whenever I get it in my pull list.

Shadowland is the new Marvel “mini-event” running through Daredevil and a few one-shots. The premise is fairly simple: Daredevil has become the leader of The Hand ninja clan, and in doing so has become eeeeevvviiilllll. The Daredevil issues leading up to this event did an excellent job showcasing Matt Murdock’s struggle with trying to use The Hand clan for good after centuries of completing evil deeds for their masters, but I was personally a little let down by the way that DD has become “evil”. This issue was a little dull, up until the final few pages, and something feels a little off here. Maybe it’s because I’ve never been that big of a Daredevil fan, or maybe it’s that I don’t fully buy the turn that Murdock has made, but I’m wondering if I want to keep up with this or not. Right now it’s looking like issue 3 will be the deciding factor.

Turn It On…..Turn It On, Turn It On Again

By now the schedule of my days off goes as follows:
Wake up, drink coffee, run, watch a buttload of DVR’d shows.

One of these DVR’d programs is the one and only Behind The Music, which now runs in a new “remastered” format on VH1 Classic, the best (and only) channel for awesomely bad 80’s hair metal videos. The “remastered” part of the show comes from cramming in something current about the band in the last ten minutes of the show. Nine times out of ten this is a reunion/farewell tour. This of course shortens the time spent on past adventures, and some episodes, like the Motley Crue episode, suffer because of it. Sorry, but no one cares about the album “Saints Of Los Angeles”, or Nikki Six’s awful side band.
Anyways, the episode I watched the other day before going into Staples was on Genesis. Yes, Genesis. Now before we go any further, I actually like Genesis. Sure, most of their songs give me flashes of having my teeth cleaned at the dentist, but come on, “Turn It On Again” and “Misunderstanding” are great tunes, and miles better than Phil Collins’ solo stuff (with the exception being “In The Air Tonight”). However, we’re not going to be talking about Phil Collins Genesis. We’re going to talk about Peter Gabriel Genesis.
For those unaware, Genesis started as a weird art band in the late ’60s fronted by Peter Gabriel, with Mr. Collins behind the drum kit. They started as a cult hit, but slowly gained an underground following due to Peter’s obsession with strange costumes designed around his songs. In fact, there were numerous times where he couldn’t even sing clearly, due to the microphone not being able to pick up his voice through the costumes.

He was Lady Gaga BEFORE there was a Lady Gaga! And this isn’t even the best picture of him. Check this one out, inspired by their album Foxtrot. 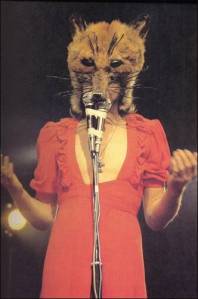 Good god. That’s haunting. Unfortunately Peter’s devotion to his performance eventually lead to him leaving the band, not to mention unintentionally hilarious band photos like this one: 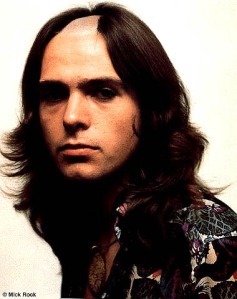 I suppose we should be thankful that Mr. Gabriel got all of his weirdness out so early, and made awesome songs like “Sledgehammer”, which I will leave you with now.